Hamburg Ballet Director John Neumeier has always been deeply moved by the powerful, majestic and striking music of Ludwig van Beethoven and for many years has thought about creating a full length ballet on the music of this iconic artist. With the 2020 Beethoven Jubilee celebrating the 250th anniversary of the birth of the German composer in the offing, Director Neumeier realized that our upcoming season provided the perfect opportunity for him to bring his personal vision of Beethoven's works to artistic fruition. We are eagerly anticipating Neumeier's new ode to Beethoven with the debut of his ballet, "Beethoven Project".

Mainly based on the "Eroica Variations" and Symphony No. 3, John Neumeier describes his idea of the Beethoven Project as follows: "Originally a working title, 'Beethoven Project' became the suitable expression of my choreographic approach to the composer. There is no clearly relatable story. Rather than a clear plot, the ballet combines fragments of music as well as suggestions of emotional situations from Beethoven's biography. 'Beethoven Project' is a form of symphonic ballet shaped by the inspiration of Beethoven's music and my subjective choreographic response."

The music of Ludwig van Beethoven is obviously the inspiration for the "Beethoven Project I". My intention: To make "dance" (dances) to this music, translating my subjective feelings into choreography while listening to Beethoven's music. Without a previously thought-out plan, narrative or "dramaturgical concept" simply to create movements, movement situations while improvising to his music. At the same time, researching – learning about Ludwig van Beethoven – discovering and considering the facts of his professional and private life.

This parallel rational endeavor may, however, unconsciously influence the purely symphonic nature of the ballet (or ballets) I am creating. The suggestion of a character – a situation, a mood, a relationship or Beethoven himself may emerge (or seem to emerge) during the working process recalling the composer's biography. Some facts of the composer's own life may, to some, be suggested intuitively or recognized in the work. But my first, my primary intention was and is simply to dance to his music – thus speaking choreografically of Beethoven in the most direct way. The ballet should be seen, therefore, firstly and primarily, as a symphonic work – one in which music alone determines the images which emerge, the actions and relationships which develop.

At the same time, it is not an "abstract" work reflecting the form of Beethoven's music, because fragments of dramatic situations are undeniable. The composer has said that he always had a story in mind – sometimes derived from literature – when he composed. But as he did not or does not reveal the source of this story – most of the time we can only guess at what personal situation inspired the composer. I think therefore that the ballet should be seen as Beethoven's music is heard – as a visual movement poem – corresponding to the tone poetry of Beethoven's music. Undoubtedly, there is often an emotional content or subtext to the strict architecture of the music – there for each to sense and interpret in his own way.

This is how my "Beethoven Project I" should be seen: the work of a choreographer fascinated by extraordinary music, discovering ever more layers of feelings and emotions in its amazing architecture – building day by day, step by step on what images spontaneously emerge.

A choreographic poem inspired by Beethoven's music and perhaps Beethoven himself – 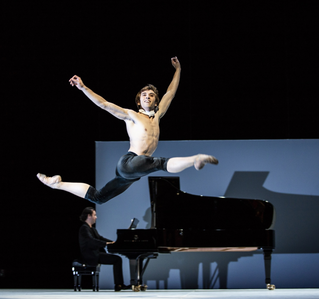 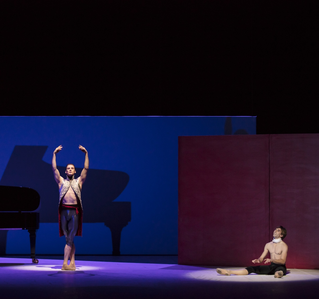 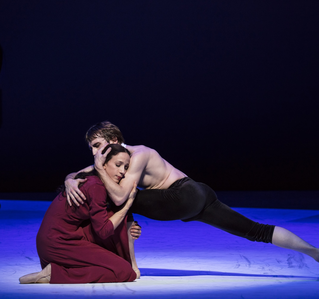 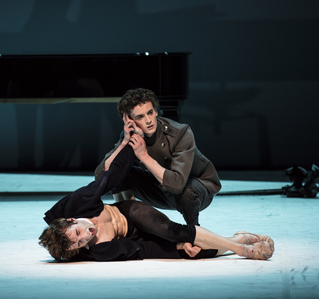 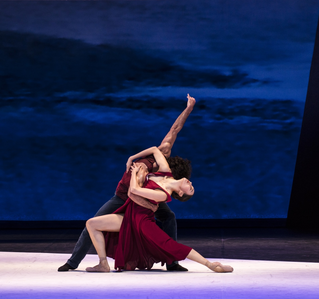 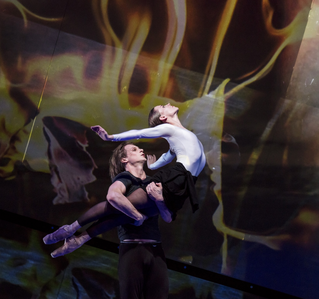 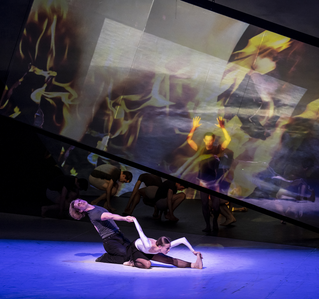 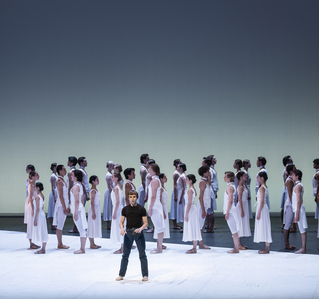 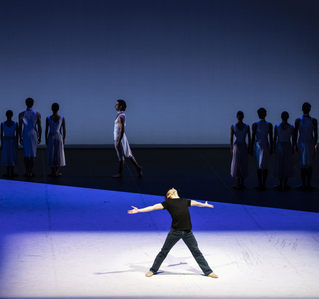