In order to save her father’s film production company from dire financial straits, Marylou has a brilliant, groundbreaking idea. She wants to produce the first film in history whose script is not fiction, but scripted reality: the principle by which real people play their own life. This is supposed to open the American market for the Berlin-based company. And who will play the main role? The Infanta Isabella of Spain, the daughter of the Spanish Kind Alfonso XIII, who was living in Paris – very much a figure of flesh and blood – at the time the operetta was written. Taking the parallel even further, Otto Preminger, who directed the world premiere in Vienna in 1934, was Jewish, like Paul Abraham and Rosy Barsony, who played the Infanta, and emigrated to the USA, where he became a world-famous Hollywood director.

Please note that the production Märchen im Grand-Hotel plays in front of the Iron Curtain on the forestage.

In German with German and English surtitles 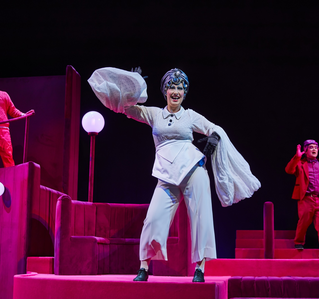 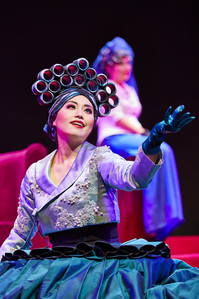 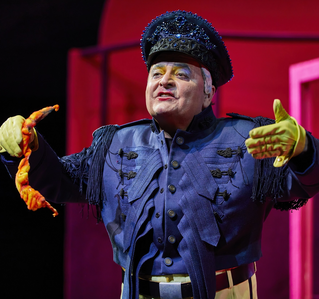 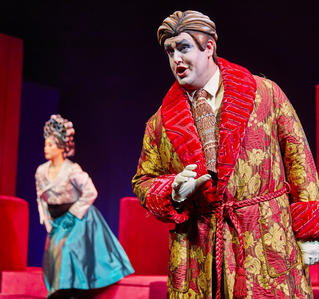 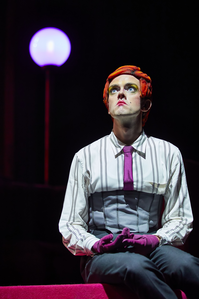 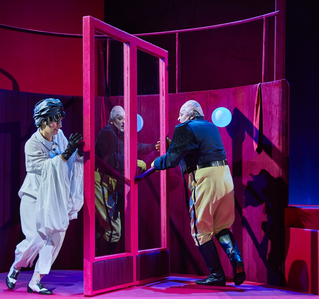 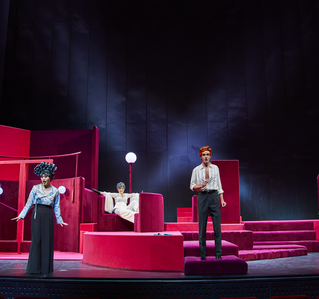