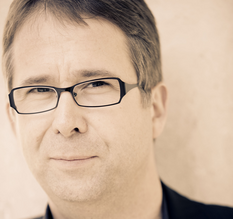 Several opera productions form the core of Bertrand de Billy’s 2021/22 season, in particular his return to the Vienna State Opera with revivals of Otello, Faust, Flying Dutchman and Die Fledermaus. At the Bavarian State Opera he will conduct Flying Dutchman, and he will return to Opéra de Paris with Don Giovanni. He will be the principal guest conductor of the Iceland Symphony Orchestra for the next two years and will conduct the Orchestre National France, Orchestre Chambre de Lausanne and Orchestre Suisse Romande.
Early in his career, guest engagements brought Mr. de Billy to the state operas of Vienna, Berlin, Hamburg and Munich, as well as to such renowned auspices as the Royal Opera House Covent Garden in London, the Grand Théâtre de la Monnaie, the Opéra National de Paris, and to the opera houses in Washington and Los Angeles, a.o. Since 1997 he has been a regular guest at the Metropolitan Opera in New York, and at the Salzburg Festival since 2002.
Alongside his celebrated career as an opera conductor, Mr. de Billy regularly performs concerts worldwide, having led such distinguished orchestras as the BR-Symphonieorchester, the Staatskapelle Dresden, the Wiener Symphoniker, the Konzerthaus Orchestra Berlin, the Dresdner Philharmoniker, the Royal Danish Orchestra, the London Philharmonic, the Tokyo Philharmonic Orchestra and many more.He maintains a close relationship with the Vienna State Opera, Theater an der Wien, the Wiener Musikverein and the Wiener Konzerthaus, as well as to the Munich State Opera.
From 1993 to 1995 he was first Kapellmeister and Deputy Music Director of the Anhaltisches Theater in Dessau, and from 1996 to 1998 he held the same position at the Vienna Volksoper. Following that he was Music Director at the Gran Teatre del Liceu in Barcelona from 1999 to 2004, and also Music Director of the Radio Symphony Orchestra in Vienna from 2002 to 2010. From 2013-2015 Mr. de Billy served as the principal guest conductor of the Oper Frankfurt and the Frankfurter Opern- und Museumsorchester, from 2013-2016 of the Orchestre de Chambre de Lausanne and from 2014 to 2018 of the Dresdner Philharmonie.

Numerous CD and DVD recordings document Mr. de Billy’s work, and he has received many prestigious awards in France and Austria. 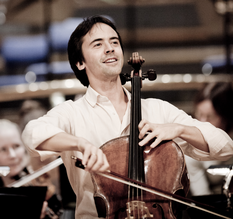 Curiosity, diversity and a firm focus on the music itself characterize the artistic work of JeanGuihen Queyras. Whether on stage or on record, one experiences an artist dedicated completely and passionately to the music, whose humble and quite unpretentious treatment of the score reflects its clear, undistorted essence. The inner motivations of composer, performer and audience must all be in tune with one another in order to bring about an outstanding concert experience: Jean-Guihen Queyras learnt this interpretative approach from Pierre Boulez, with whom he established a long artistic partnership. This philosophy, alongside a flawless technique and a clear, engaging tone, also shapes Jean-Guihen Queyras’ approach to every performance and his absolute commitment to the music itself. His approaches to early music – as in his collaborations with the Freiburg Baroque Orchestra and the Akademie für Alte Musik Berlin – and to contemporary music are equally thorough. He has given world premieres of works by, among others, Ivan Fedele, Gilbert Amy, Bruno Mantovani, Michael Jarrell, Johannes-Maria Staud, Thomas Larcher and Tristan Murail. Conducted by the composer, he recorded Peter Eötvös’ Cello Concerto to mark his 70th birthday in November 2014.
Jean-Guihen Queyras was a founding member of the Arcanto Quartet and forms a celebrated trio with Isabelle Faust and Alexander Melnikov; the latter is, alongside Alexandre Tharaud, a regular accompanist. He has also collaborated with zarb specialists Bijan and Keyvan Chemirani on a Mediterranean programme.
The versatility in his music-making has led to many concert halls, festivals and orchestras inviting Jean-Guihen to be Artist in Residence, including the Concertgebouw Amsterdam and the Festival d’Aix-en-Provence, Vredenburg Utrecht, De Bijloke Ghent and the Orchestre Philharmonique de Strasbourg.
Jean-Guihen Queyras often appears with renowned orchestras such as the Philadelphia Orchestra, the Symphonieorchester des Bayerischen Rundfunks, Mahler Chamber Orchestra, the Orchestre de Paris, London Symphony Orchestra, the Gewandhausorchester and the Tonhalle Orchestra Zurich, working with conductors such as Iván Fischer, Philippe Herreweghe, Yannick Nézet-Séguin, François-Xavier Roth, Sir John Eliot Gardiner and Sir Roger Norrington. Jean-Guihen Queyras’ discography is impressive. His recordings of cello concertos by Edward Elgar, Antonín Dvořák, Philippe Schoeller and Gilbert Amy have been released to critical acclaim. As part of a harmonia mundi project dedicated to Schumann, he has recorded the complete piano trios with Isabelle Faust and Alexander Melnikov and at the same time the Schumann cello concerto with the Freiburg Baroque Orchestra under Pablo Heras-Casado. The recording“THRACE - Sunday Morning Sessions“ explores, in collaboration with the Chemirani brothers and Sokratis Sinopoulos, the intersections of contemporary music, improvisation and Mediterranean traditions. In 2018, two highly acclaimed recordings with works by Carl Philipp Emanuel Bach and Antonio Vivaldi have been released, followed by a joint recording with Alexandre Tharaud in 2020.
Highlights in the 2021/22 season include invitations from the Orchestre de Paris, Chamber Orchestra of Europe, the Konzerthausorchester Berlin, Ensemble Resonanz as well as concerts with Alexandre Tharaud, Alexander Melnikov and Isabelle Faust, and concert tours to Japan, North and South America. Jean-Guihen Queyras holds a professorship at the University of Music Freiburg and is Artistic Director of the “Rencontres Musicales de Haute-Provence” festival in Forcalquier. He plays a 1696 instrument by Gioffredo Cappa, made available to him by the Mécénat Musical Société Générale. 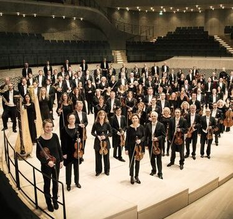 In this concert, Charles Baudelaire’s poetry meets Friedrich Nietzsche’s thinking; the music of Henri Dutilleux, the “magician of sonic colour”, meets the genius of Richard Strauss’; and two exceptional French artists of our times meet the musicians of the Philharmonic State Orchestra. The cello concerto’s title alone, “Tout un monde lointain…”, reveals the source of the work’s poetic aura: it is Baudelaire’s intellectual cosmos – “a faraway world, absent, almost extinguished” from his volume of poetry “Les Fleurs du mal” (“The Flowers of Evil”) – by which Dutilleux was inspired. The composer placed verses from this famous collection as epigraphs at the beginning each of the five movements.
The score of Strauss’ “Alpine Symphony” leads us from night to the rising sun, through forests, meadows, brambles and thickets – the perfect natural idyll of the Alps in its enchanting beauty and merciless loneliness. The composer never published the fact that his last great orchestral work was originally entitled “The Antichrist. An Alpine Symphony”, inspired by Nietzsche’s impulses, and is suffused with the notion of overcoming Christendom and a hope for a better humanity. What remains is the “adoration of nature in its eternal glory”, as Strauss noted on his desktop calendar.