Never one to miss an opportunity to make fun of others, the hunchback jester Rigoletto is employed by the Duke of Mantua. His only joy in life is his daughter Gilda. When Rigoletto must witness how she falls for the calculated vows of love of the unscrupulous Duke, he is out for revenge: he hires the contract killer Sparafucile to murder the seducer. Gilda, however, sacrifices herself for her lover. Rigoletto realises that he has driven his daughter to death and destroyed his own life.
Ever since the figure of Rigoletto walked onstage for the first time in Venice in 1851, his fate has moved audiences at opera houses everywhere. Giuseppe Verdi achieved world fame with the opera and its ubiquitous melodies – although it is a piece without heroes: thus Rigoletto, that cynical and lovesick father, joined the broad ranks of Verdi figures who are social outcasts and previously never had a voice in the history of opera.

During a grand feast the duke of Mantua, a 19th century nobleman, tells Borsa, a courtier and one of his underlings, of a flirt with an unknown beauty in the town which he would like to bring to fruition. For the Duke it is immaterial who his victim is; this particular evening he has chosen the Countess Ceprano, the wife of an estate owner. At the feast, Count Ceprano can only look on angrily as the duke makes passes at his wife in front of everyone. This humiliation is carried too far by Rigoletto, the duke’s hunch-backed jester, when he whispers to his master that, should Ceprano make trouble, the duke could even have him killed.
The courtiers hate Rigoletto for his coarse jokes and envy his protected position with their ruler. For this reason they are wai-ting for a chance to pay the jester back. Marullo has conveniently found such an opportunity: it would appear that, unbeknown to those around him, Rigoletto has a mistress hidden in his house. The courtiers plan to abduct her that very night. No one knows that the man with the sharp, vicious tongue leads a double life: It is his daughter whom he hides away, out of fear that she might also be drawn into the vortex of a society which he himself is at the mercy of. Rigoletto´s strategy to shield his daughter begins to falter when Count Monterone enters the banquet hall. Monterone has been arrested on trivial grounds so that the duke can seduce his daughter. The curse which he hurls at the autocratic duke and his cynical jester leaves the duke cold, but hits Rigoletto all the harder because he recognizes himself to be a humiliated father as well. Just as Rigoletto has seen a reflection of himself in Monterone, so he encounters a second one on his way home: Sparafucile, a stranger who unexpectedly offers his services, but who is actually no more than a murderer pretending to conduct himself in a business-like manner. Rigoletto heaves a sigh of relief when he exchanges the mask of the fool for the face of the father in embracing his daughter.
Haunted by thoughts of Monterone’s curse and the encounter with Sparafucile, he forcefully insists that Gilda may only leave the house in the company of her chaperon, Giovanna – and then only to go to church – and that no strangers should be admitted. Rigoletto evades the pleadings of his daughter to divulge his name and his past relationship with her mother. Startled by noises from the street, he hurries out, providing Giovanna with an opportunity to let the duke, disguised as a student, into the house.
The duke makes a fiery declaration of love which Gilda is unable to resist. Fearing that Rigoletto might come back at any moment, he flees; leaving the girl behind, who for the first time in her life has had a breath of the free air beyond her prison. Gilda does not notice the appearance of a group of courtiers, who have come to carry out the abduction arranged at the feast. Just at that moment Rigoletto returns home. Quick-witted, the courtiers pretend that they intend to kidnap Ceprano’s wife from the neighbouring house. Relieved, Rigoletto agrees to join them. It is too late when he realises that he himself has helped in the abduction of his own daughter.

The next morning the duke complains that, unfortunately, the amorous adventure of the previous night had been disturbed too soon.
From his courtiers he learns the strange turn of events: the girl whom he believed to be already lost has been carried directly to the palace. In despair Rigoletto searches for Gilda throughout the palace and it is only with great will power that he manages to conceal his pain and play the part expected of him: the fool. Both his pain and his anger finally burst out, however, and he declares that it is not his mistress who has been abducted, but his daughter. The courtiers witness Gilda’s confession that she has been dishonoured. Rigoletto assumes Monterone’s part: he chases the courtiers away and plans a new life with Gilda elsewhere. But first he will take revenge on the duke. His desire for vengeance increases when Monterone is led by on his way to the dungeons.

Gilda cannot forget the duke, whom Rigoletto, together with Sparafucile and his sister Maddalena, has conspired to murder. Rigoletto tries to cure Gilda of her love by means of an ordeal: if she witnesses how openly and lasciviously the duke craves Maddalena, she will cease to love him. However, Rigoletto achieves just the opposite. Although sent away by her father, Gilda returns. When she sees that even Maddalena takes pity on the handsome young man, and is begging her brother to kill another person instead – anyone who might seek refuge there that night – her mind is made up. Gilda sacrifices herself for the Duke. Rigoletto realises the tragedy too late: he who sought to be the world´s avenger is guilty of his daughter’s death. The duke leaves the scene triumphant; Rigoletto must live on embittered, and Gilda finds release in death. 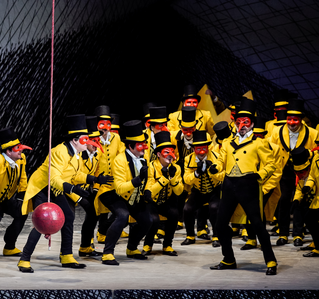 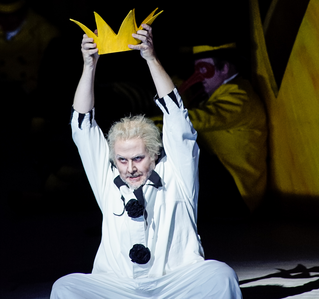 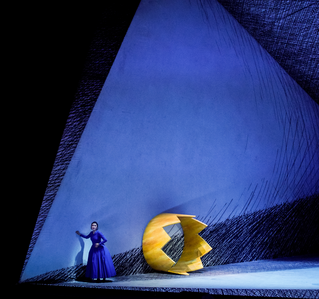 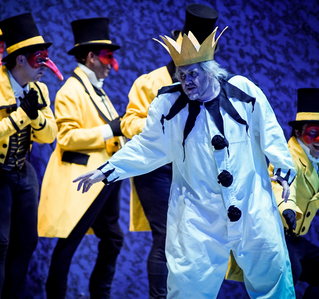 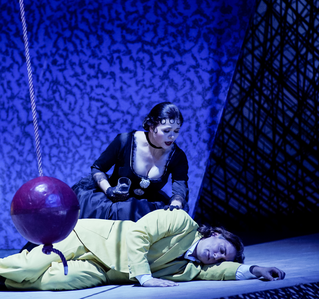 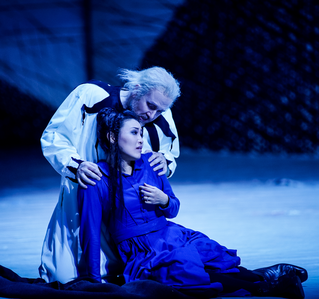