“How ice-cold is this little hand” – a hand held by the poet Rodolfo in the darkness of his artists’ commune! The ice-cold hand belongs to the seamstress Mimì – with whom he proceeds to throw himself into the Christmas season in Paris. Only a few months later, though, she finds living with Rodolfo torturous. It is not jealousy, however, which explains Rodolfo’s behaviour: he knows that Mimì will not last the year. "La Bohème" was based on Henri Murger’s extremely successful novel "Les scènes de la vie de bohème", which had entranced Puccini when he first read it. His wish to set the tale to music was so strong that he even risked ruining his friendship with Ruggero Leoncavallo, who was also working on a opera version of it. Today, the opera premiered in 1896 is considered one of the most popular stage works of all times – thanks to an overabundance of melodies and Puccini’s genius for character portraits.

In their studio above the roofs of Paris live Rodolfo, the poet, and Marcello, the painter, with their friends Colline and Schaunard. Having nothing to heat the cold room, Rodolfo decides to sacrifice the manuscript of his tragedy to the needs of the stove. Ill-humoured Colline returns from the pawnshop, without, however, having effected his object, because today, on Christmas Eve, the shop is closed. Schaunard, who has stumbled on to some money, appears with food, wine, and fire-wood. Their landlord Benoît interrupts their frolics, demanding the rent, overdue as usual. They invite him in, ply him with drink, and eject him, somewhat duddled. Schaunard insists that Christmas Eve demands a celebration at the Café Momus and they divide the money. Rodolfo who has to finish writing an article stays behind, promising to join them soon. They leave him alone. There is a timid knocking at the door. Mimi, his attractive young neighbour, asks him to relight her candle which was blown out by the draught. In the darkness she drops her key. Moved by her fragile appearence and her help-lessness, Rodolfo finds himself falling in love with her and asks her to spend the evening together with him and his friends.

It is Christmas Eve and the Quartier Latin is thronged with joyful people. Rodolfo buys Mimi a bonnet and introduces her to his friends. Suddenly Marcell catches sight of Musetta, his former flame who appears in the café with the moneyed but elderly Alcindoro. Their love inflames anew. Under a pretext, she gets rid of her suitor and returns into Macello’s arms. Both disappear with their friends in the swirling crowd following a passing military patrol band. Alcindoro returning, is left alone with the unpaid bills.

The daybreak on a winter morning at the Barrière d’Enfer. Marcello and Musetta live in a little tavern earning some scanty money. Exhausted Mimi asks Marcello for help: Rodolfo has left her. As Rodolfo unexpectedly appears, she quickly hides behind a wall and overhears him confessing to Marcello that he can no longer bear her deadly disease without being able to help her. A fit of coughing reveals her presence. Rodolfo embraces her. While the two lovers bid farewell Marcello and Musetta begin a jealous quarrel, in the course of which Musetta furiously runs away.

In the studio Rodolfo and Marcello try to concentrate on their work; however both pine for the love of the two girls from whom they are parted. Schaunard and Colline enter with bread and a herring, and with much solemnity they pretend that it is a rich banquet. Suddenly their fun is interrupted. Musetta comes in, supporting the weak Mimi who wants to see Rodolfo again. The friends do what they can to make the dying girl comfortable and leave to pawn what they have in order to get the help of a doctor. Rodolfo and Mimi are left alone to their final reconciliation and memories of their past happiness. The others return. Musetta brings Mimi a muff which she so strongly desired to warm her cold hands. Then Mimi fades into unconsciousness and dies. 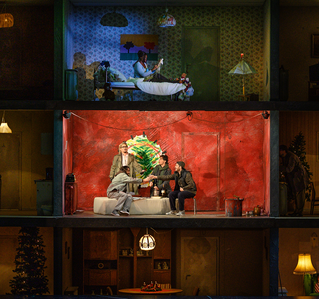 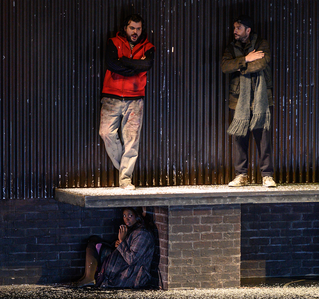 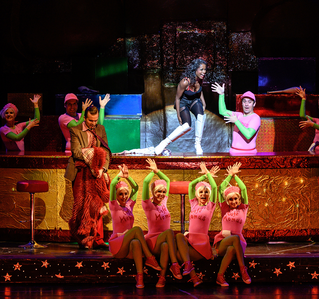 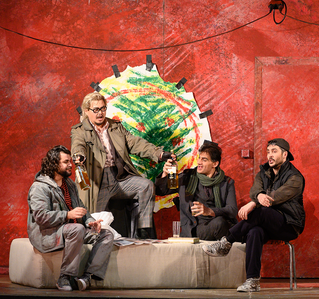 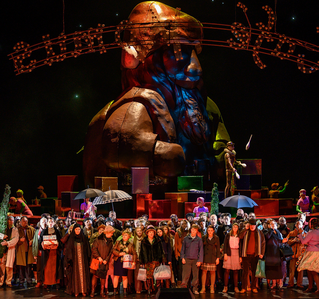 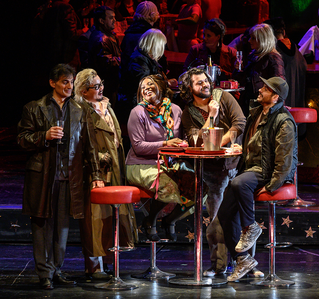 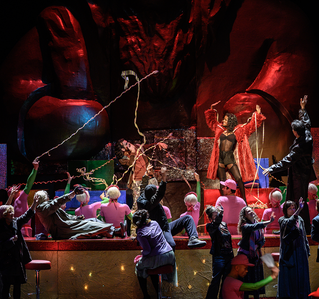 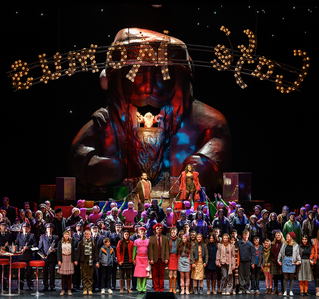 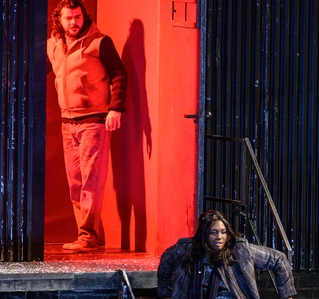 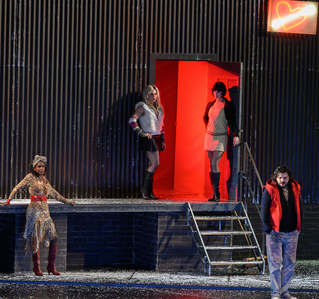 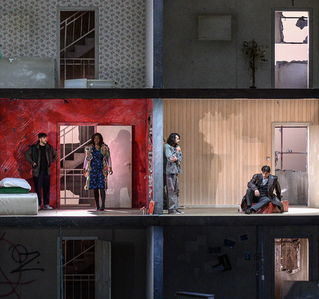 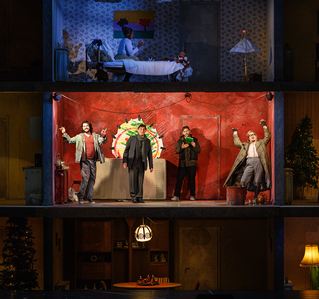 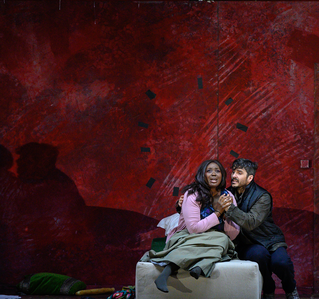