On February 11, 2023, the Hamburg Ballet will celebrate the revival of John Neumeier's popular ballet classic "Illusions - like Swan Lake". One of the highlights in the original choreography by Marius Petipa and Lew Ivanow is the white act, which John Neumeier reconstructed in his reinterpretation of the classic. So that the swans can once again shine in their full splendor on stage from the upcoming serie of performances, the costume department, in cooperation with a Hamburg costume master workshop, is remaking the white swans tutus for all the women in the ensemble. Since the premiere of John Neumeier's ballet in 1976, the ballet has been performed 168 times in Hamburg plus others at various guest performances took place and the many years have left clear marks on the tutus. A six-figure sum will be due for the production of the new costumes.

As a thank you for the donation, all godparents will be immortalized with their names in the costume. In addition, all sponsors can take part in a non-public main rehearsal of "Illusions - like Swan Lake" on February 9, 2023 in the Hamburg State Opera (starting at 5 pm) with an accompanying person and experience the new swan costumes live on stage. After the rehearsal, you can request a group photo on the stage with the swans as well as an individual photo with the supported swan. 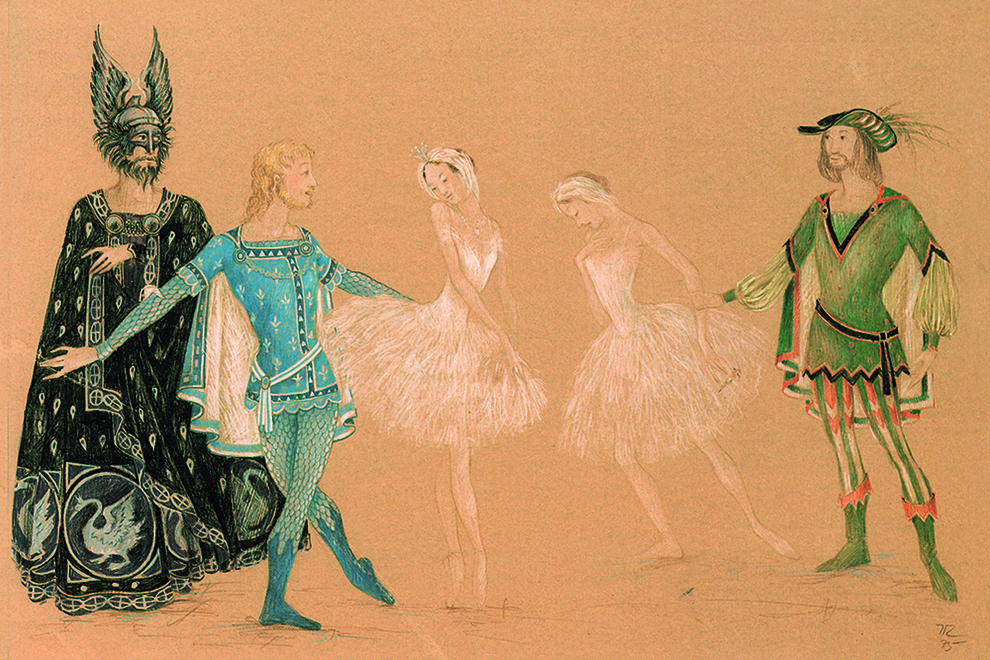 Design by Jürgen Rose – The Second Remembrance: A Private Performance of "Swan Lake"

Would you like to become a donor or costume sponsor?
Please send an email with your name, address, telephone number and the amount of the donation to: info@opernstiftung-hamburg.de